“Double Dragon 2: The Revenge” was released by Technōs Japan in 1988 for the Nintendo Entertainment System. It’s the sequel to the original 8-bit game Double Dragon on the NES game “Double Dragon”, one of the earliest and most influential beat ’em up games. This great retro game is a side-scrolling beat ’em up where players take control of martial artists Billy and Jimmy Lee as they fight their way through waves of enemies on their quest for revenge after the death of Marian.

Lee brothers, Billy and Jimmy, are the protagonists of Double Dragon 2: The Revenge. Rugged heroes trained as martial artists are on a quest for revenge against the Black Warriors. After learning of a series of events that led to Marian’s death. In the original game on the home version, Billy was the only playable character in only two levels. For Double Dragon 2: The Revenge, Technos Japan made them playable from beginning to end in two player mode. The brothers have the same fighting styles as Billy as the blue colored sprite and Jimmy is the red one.

In Double Dragon 2, the Lee brothers have many weapons to help them defeat their foes. Their most basic weapon is their fists, but they can use new moves like a hyper uppercut and the knee kick to dispatch enemies. These attacks are all very powerful and some moves like hurricane kick easily take down multiple opponents at once, similar to an AoE attack.

Double Dragon 2: The Revenge game has two attack buttons. Separate buttons exist for jump and kick attacks. Players can use these buttons to unleash various moves on their opponents, including punches, kicks, and throws. The game also features a button that allows players to pick up and throw objects.

Players can string together different combinations of light and heavy attacks to create different moves. The controls are different from most fighting games, and in the previous game Double Dragon the “A” button and “B” button dictated which direction you attack. The player does not have kick buttons to use, but you kick in the opposite direction you are currently facing.

There are also new items that can be picked up and used as weapons, including knives and whips. Some of these can be found lying around on the ground, while others must be taken from defeated enemies. Like in the first game, certain enemies will only be vulnerable to certain types of attacks. So, it is important to experiment with different weapons and moves to find the best way to defeat each enemy.

Double Dragon 2 features level designs that are more varied than the first game. The lumber storehouse level, for example, has you fighting in a maze of stacked lumber, while the fourth stage takes place in an undersea base and there is a level where you jump across conveyor belts. The enemies are also more varied, with new types appearing as you progress through the game.

There are several different bosses in Double Dragon 2. One of the most difficult is Machine Gun Willy, who can easily kill the player with his machine gun. The player must use quick reflexes and dodge the bullets while attacking willy to defeat him.

The final boss is the leader of the Black Warriors. He is a very powerful enemy, and can take a lot of damage before finally being defeated. The player must use all of their skills and weapons to defeat him.

Most enemies in Double Dragon 2 are street gang members. They’re not very smart, and can easily be defeated with a combination of light and heavy attacks. However, there are also giant mutant fighters such as Abobo who can take a lot of damage before finally being defeated. The player must use all of their skills and weapons to defeat them.

The hands of the shadow warriors are a new type of enemy in Double Dragon 2. These enemies are very quick and can teleport around the screen. They are also difficult to hit, as they’ll often dodge the player’s attacks. Quick reflexes and accuracy are necessary to defeat them.

The overall level of difficulty in Double Dragon 2 is slightly higher than in the first NES game. Enemies are more aggressive and can take more damage before they are defeated. The final boss at the end of the game is also much more difficult to defeat than the final boss in the first game. Game length is also slightly longer, with more levels to play through and more enemies to fight.

Players can choose from three different difficulty settings: easy, medium, and hard. The easy setting is recommended for players who are new to the game or want to take a less challenging path. The medium setting is the default difficulty and is suitable for most players. The hard setting is only recommended for experienced players who want a greater challenge. That said, the game is much more manageable with a second player.

If you enjoy side-scrolling beat ‘em up games, you should try out Double Dragon 2. It’s an enjoyable and challenging experience that can be enjoyed by gamers of all ages. The game offers three different difficulty settings, so players can choose how challenging they want the game to be.

Additionally, there are multiple versions of Double Dragon 2 available, so players can find a version that is available on their gaming platform of choice. The original NES version is considered one of the best, with tight controls and challenging enemies. Another version available on the Sega Master System is pretty good, too, with colorful graphics and a more difficult difficulty level.

The first “Double Dragon” game was revolutionary for its time, and “Double Dragon 2” built on that success. It’s an essential title for any fan of the genre, and still fun to play today. 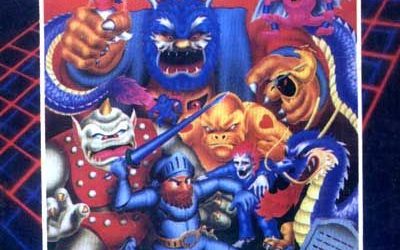